Be the first to review this product
As low as $18.18
In stock
Only %1 left
SKU
GRM276
Cephadex 500 mg is used for treatment of bacterial infections. You can buy from our online medicine shop with fast delivery and low priced.
Skip to the end of the images gallery 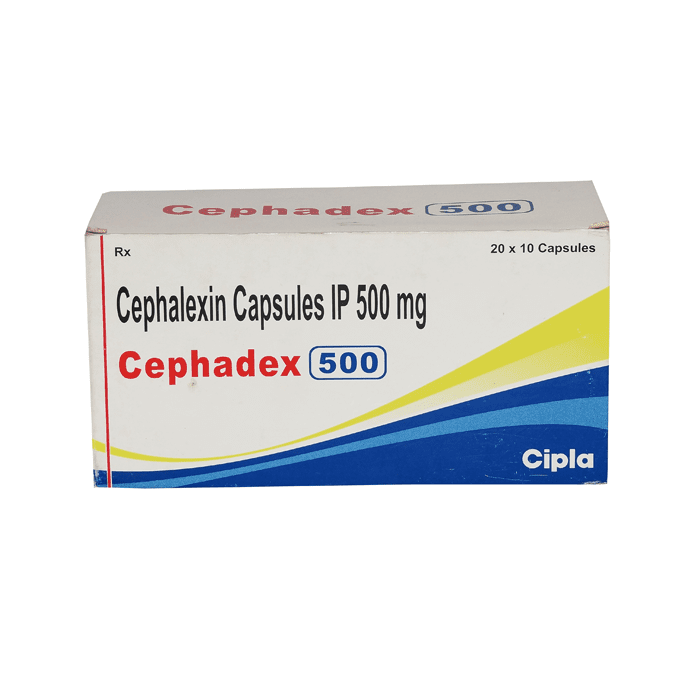 Cephadex 500 mg (Cephalexin) is the broad spectrum antibiotic capsules. These capsules are manufactured by Indian company Cipla Limited. The major API responsible for its action is Cephalexin which belongs to the class of drug known as Cephalosporins (Antibiotics). Cephadex 500 mg is used for the treatment of various infectious diseases.

About the salt of the drug:

Cephalexin is a broad spectrum antibiotic belonging to the class Cephalosporins. It stops the formation of the cell wall of the bacteria. This results in the damaging of the cell wall of the bacteria. Hence, disease-causing bacteria dies. This prevents the spreading of the infection and treatment for the infection. Cephalexin is used in the treatment of infectious diseases like;
• Skin infection
• Bladder infection

Cephadex 500 mg consists of Cephalexin as an active ingredient which is the first class of Cephalosporin (broad-spectrum antibiotics). Cephadex 500 mg works as a Bactericidal drug, which inhibits the bacterial cell wall synthesis. It gets attached to the penicillin-binding proteins by preventing the formation of the cell wall in the bacteria. This inhibits the growth and multiplication of the bacteria. Thus, it stops the spreading of the infection further.

The following side effects can be seen during the use of Cephadex 500 mg;
• Persistent diarrhea (with the presence of blood and mucus in the stool)
• Abdominal pain
• Dark or clay-colored stools
• Fever
• Itching or rash
• Joint pain
• Swelling of face and lips
• Dark urine
• Loss of appetite
• Dizziness
• Yellow colored eyes or skin
• Oral thrush
In case of severity in the side effects, patients should immediately concern doctors or physicians.

Cephadex 500 mg should be used only by the prescription given by medical practitioner, physician or doctor. The instructions given by the doctors should keep in mind before the use of the drug. During the administration of cephadex 500 mg, the following instructions should be kept in mind;

Drugs that are known to interact with Cephadex 500 mg:

Drug interactions are the common phenomenon with the use of the two or more drugs at the same time. This generally happens when the patient is on multiple medication therapies. The following is the list of some potent drugs which interact with the Cephadex 500 mg;

• Chloramphenicol: This drug decreases the action of Cephadex 500 mg. So, if these two are prescribed together, dose-alterations or substitution of the drugs must be done, with the consent of the physician
• Metformin: Use of these two drugs together results in the lowering of the blood glucose level in the body. Blood glucose level monitoring must be done if the co-administration of these two drugs are mandatory
• Ethinyl estradiol: The effect of ethinyl estradiol is decreased if these two drugs are taken at a time. Suitable dose adjustments or alterations in the drugs must be done with the help of a physician
• Cholera vaccine: Usage of antibiotics and vaccines should be avoided together as antibiotics nullify the effects of vaccines

Things to avoid when using the drug:

• Cephadex 500 mg must be stored away from the sunlight, heat, and moisture
• It should be kept in a dark, dry and cool place
• Special care must be taken to prohibit moisture as the capsules have the capability to absorb moisture

What should be done if the dose is missed?

Ans. The missed should be taken as soon as possible, avoid the missed dose if it’s time for the next scheduled dose.

What should be done in case of an overdose?

Ans. Immediately seek the medical treatment in case of overdosing by consulting your physician or doctor

What is the general dose quantity and dose interval for Cephadex 500 mg?

Ans. Take one capsule of Cephadex 500 mg for every 6 hours, according to the doctor’s prescription but not more than that as it might results in overdosing. 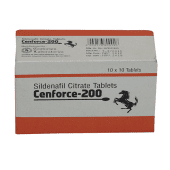